“Pressed for Time” A Concerto for Sitar & Orchestra

November 5, 2017 by mohamedassani in Projects 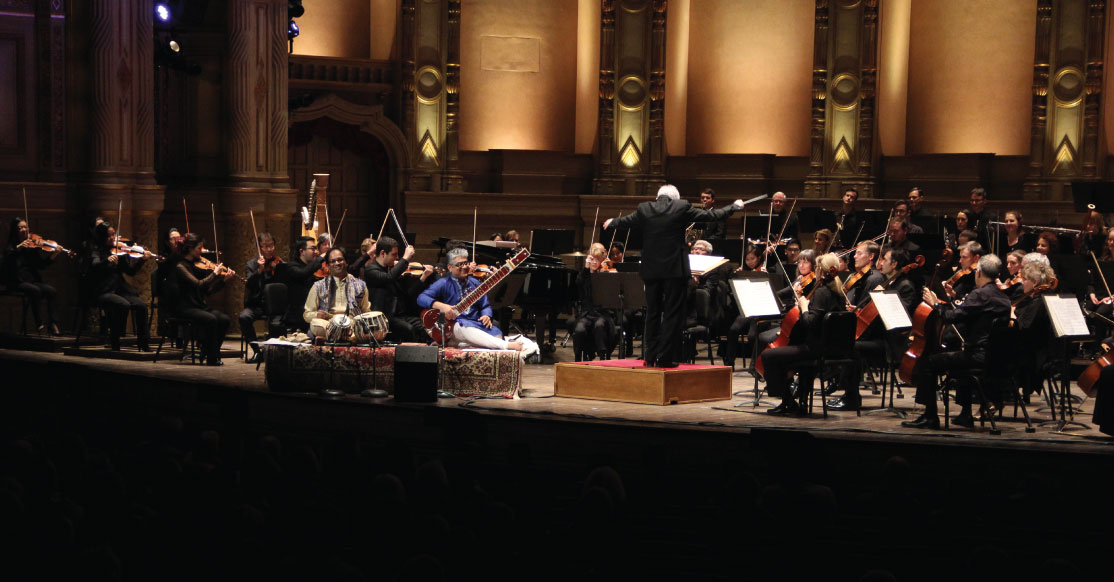 The project brings together myself as a composer/sitarist working in the genre of Hindustani Classical music, alongside John Oliver – one of Canada’s leading composers of music for orchestras, chamber ensembles and electroacoustic media. Together we have created a composition of approximately 22 minutes in length that integrates each of our strengths in Indian Classical music (Hindustani tradition) and Western contemporary classical music. The work takes the form of a sitar concerto in one movement.

The final piece, called Pressed for Time, draws on as well as departs from the conventions of Hindustani classical music (the music of Northern India and Pakistan) and Western contemporary orchestral music, Pushing past the idea of ‘setting’ the sitar in either a traditional or avant-garde context, we have tried to merge the best of both, developing the raga in a non-linear way, creating unexpected changes and new ideas that transform the musical materials and form. This new synthetic work plays with the listener’s expectations, whichever of these traditions they prefer or know best.

The work was premiered by the Vancouver Symphony Orchestra on November 5, 2017 as part of the ISCM Festival. British tabla virtuoso, Shahbaz Hussain, joined me to accompany the piece. This piece is available for touring across Canada and globally.