Finding a Way: Creativity During COVID-19

August 18, 2020 by mohamedassani in Projects 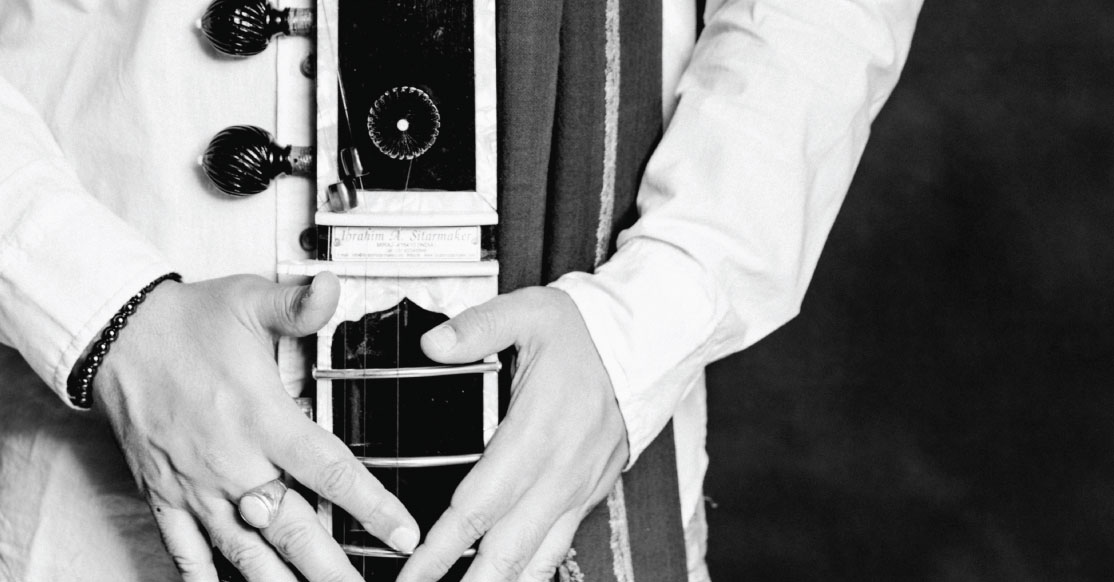 Reprinted from “The Word is Bond“

The Word is Bond has asked independent musicians from all walks of life to share their experiences coping with COVID-19 during this very tumultuous time. Our sixth voice is the Canadian-based sitarist, composer, and educator Mohamed Assani. Mohamed was forced to get creative with presenting his music during the pandemic. He has released several videos as well. He tells us more about what it’s like to launch an album amid chaos.

Since spring 2019, I had been tirelessly working on a new creative project, my album, Wayfinder. I had composed all the original music, recorded, and was ready to launch it at a live event in April 2020. Tickets were on sale, and the buzz was growing. It was such a relief to know that this labour of love was finally ready for release. Then COVID-19 hit. My busy spring and summer schedule, filled with gigs, was now canceled. I had to decide how to proceed with the launch.

I received a call from Sirish Rao, the Artistic Director of the Indian Summer Festival, the hosts of my launch event. Sirish informed me that we couldn’t proceed with the launch event due to this rapidly unfolding situation. We discussed the options, which were to postpone the event indefinitely or to do an online launch that would include me performing along with backing tracks. This would have to happen either from home or from a small venue without an audience, and only up to five technical staff with strict social distancing and safety protocols.

My producer Adam Shaikh and I recorded Wayfinder in the studio, and the idea had always been that we would perform it together, with him providing the backing to my sitar. The idea of doing it online and by myself was pretty scary, and I knew it would pose a considerable learning curve technically. The proposal seemed risky and challenging as my compositions always sound different in a live situation where there is a fair amount of improvisation. It’s important to note that the launch date was at the very early stages of the pandemic, and there were few examples of live online performances floating around on the web.

Sirish and I joked that the album was called Wayfinder, and so it was incumbent on us to find a way. Despite my trepidation, I decided to go ahead with an online performance and figure it out along the way. We both committed to it, and I was able to work with a lovely technical team. The whole recording experience was very humbling and emotional as everyone present realized that our realities had changed. We could not do the things the way we had before. We all had to maintain a 6-foot distance, I had to bring all my own gear for sound, no one touched my amp, and I didn’t tamper with their equipment.

After the performance ended, the whole team felt a sense of achievement. There was a sense of pride in this history-in-the-making; it was new terrain for all of us. We all felt some gratitude for having had the opportunity to do what we all love best: create. There was a sense of optimism that we were able to overcome these obstacles.

The final show included music and conversation about the album and was watched by over 2,000 people worldwide when it first debuted, including in Canada, the US, England, and Pakistan. It would not have been that big of a launch had it been just a live event in Vancouver. It was lovely to feel that the buzz of the launch could still be captured online, with many people hosting watch parties, commenting along, and feeling like they were part of the collective experience.

Since the launch, I have had several requests for online performances. Ironically, the lockdown has been a fantastic opportunity to focus on my art and think of new ways to present my music. During this period, I had was granted many opportunities to perform online, including performances for Ismaili TV, which has a worldwide audience of a few million. Although there are some novel experiences embedded in these online performance learning outcomes, I also cannot wait to perform to my live audiences again! However, I am sure that some of the lessons learned and ways of presenting music during this time will shape the musical landscape of the future for a long time to come.