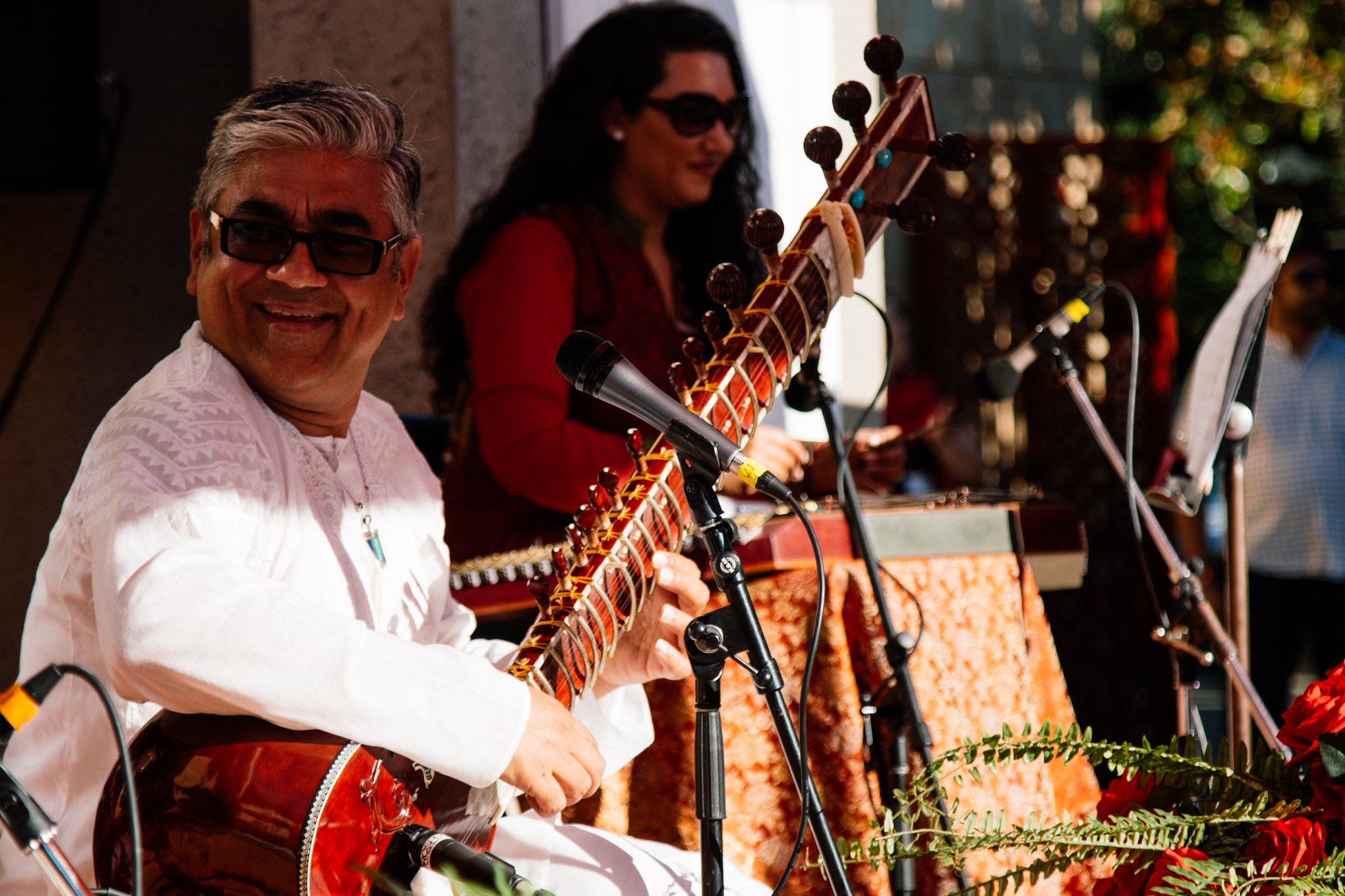 Scheherazade, the fictional narrator of the One Thousand and One Nights (Arabian Nights), is one of literature’s greatest creations. She and her stories – Aladdin, Sinbad, Ali Baba – are a touchstone of Arab culture, that have been passed on over generations and have influenced storytellers the world over.

In this unique event, I composed original music as well as other arrangements for sitar, tabla and ten members of the Allegra Chamber Orchestra (ACO) as a tribute to Scheherazade and the spirit of storytelling she embodies. The ACO is one of the only all-female professional orchestras in the world. Together, we honoured the numerous women storytellers whose art is our inheritance, as well as the artistic contributions of the Islamic world to our shared narratives.

The concept and music for this event grew out of discussions between myself and Indian Summer Festival’s Artistic Director Sirish Rao. Often we hear stories about how women are treated unfairly in the Middle East, and that’s a reality, but we miss out on some of the ways how strong women in those cultures have made landmark contributions. For instance, the 9th Century Moroccan woman Fatima al-Fihri, who founded the first-ever university in the world, the University of Al Quaraouiyine, which still stands in Fez. Also there was an amazing woman called Rabia al-Adawiyya, who was born in Basra Iraq in the 8th Century. She’s considered a qalandar, one of the supreme saints in Sufism, and she is renowned for her teachings on love.

The music for this event was created as a tribute to these and other women in history who have been ingenious, who have changed things and who have left inspiration behind them. One of the pieces, called “Lullaby for Guli,” I wrote for my late mother. As a child, she sang me lullabies and told me wonderful stories. Nobody else would have told me those stories—and those stories, they do shape your mind and thinking from a very early age.

This concert took place in July 2018 in the stunning formal gardens of the Ismaili Centre Burnaby as part of the 8th annual Indian Summer Festival.

I continue to develop music along this theme. Watch this space!